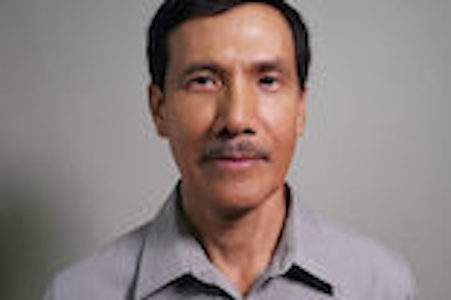 Dave is an accounting and auditing professional whose career spanned 38 years at SGV & Co. (a member firm of Ernst & Young), the Philippines’ largest audit and accounting professional services firm. He is a former Chairman & Managing Partner of the firm, after being admitted to partnership in 1982. Mr. Balangue holds a Bachelor’s Degree in Commerce, major in Accounting, Magna Cum Laude, from Manuel L. Quezon University and a Master of Management degree, with distinction, from the Kellogg Graduate School of Management of Northwestern University in Evanston, Illinois, USA as an SGV scholar and where he was a consistent Dean’s Lister, recipient of a Distinguished Scholar Award and elected to the Beta Gamma Sigma, an exclusive honors fraternity. He placed second highest in the 1972 Philippine CPA Board Examinations.

At present, he is Chairman of the National Movement for Free Elections (NAMFREL, an election monitoring organization), the Philippine Center for Population and Development, Inc. (since 2014) and Coalition Against Corruption (since 2006); Member of the Board of Trustees of Habitat for Humanity Philippines Foundation, Inc. (since 2012), Chairman/President of Makati Commercial Estate Association, Inc. (since May 2010), Chairman/President of Makati Parking Authority (since 2012) and Chairman of the Philippine Financial Reporting Standards Council (since February 2010). He is an independent director of the following listed companies: Phinma Energy Corp., Roxas Holdings, Inc., Philippine Bank of Communications, Manulife Financial Plans, Inc. and Holcim Philippines, Inc. He also sits in the board of seven other non-listed companies.

He also has a regular column at Philippine Daily Inquirer, the leading newspaper in the Philippines.

Your ticket for the: David Balangue